Theatre in Prisons and Probation

TiPP (originally the Theatre in Prisons and Probation Centre) was formed in 1991 as part of the University of Manchester’s Department of Drama and has developed a considerable reputation for delivering high quality participatory arts projects; bespoke specialist training for artists and students; and rigorous academic research. TiPP’s work originated within the context of the Criminal Justice System, primarily delivering theatre-based participatory projects. Its practice is dynamic and continuously evolving and the company now delivers across a multiplicity of art forms, engaging with disadvantaged and dispossessed people across a wider social spectrum. 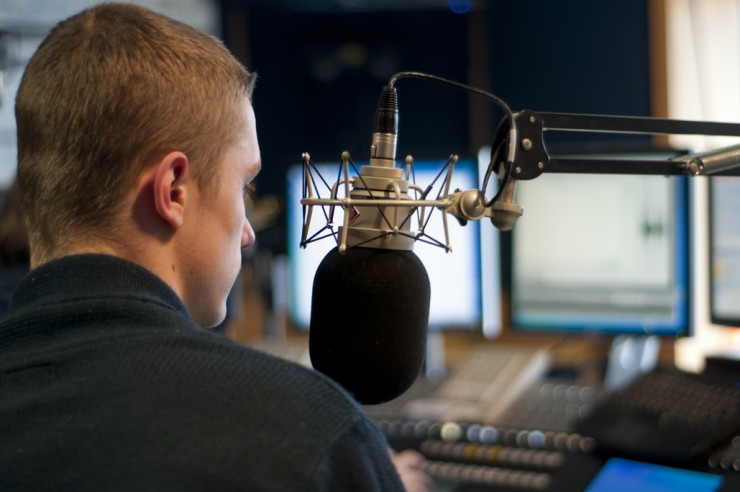 In the summer of 2018 TiPP asked David to review how the company promoted its work to its prospective and existing stakeholders. David interviewed the company’s core team and principal freelance artists about their work and compared what the company’s public profile manifest on its website with people’s experience of creating work with TiPP. This research suggested that although TiPP was highly adept in its advocacy of the social benefit of its work, it was less able to promote the importance and quality of its art.

Working with the company David was able to develop a series of key messages that demonstrated the breadth of TiPP's work and how it was underpinned by its deep knowledge of its field and its artistic practice. These key messages are now being deployed by TiPP as it advocates more effectively for its work.

“I can honestly say that what David has done has exceeded what I was hoping for, and the key messages section is perfect. He has found a weave that blends the several and seemingly disparate aspects of our work and provides a sense of solid whole” 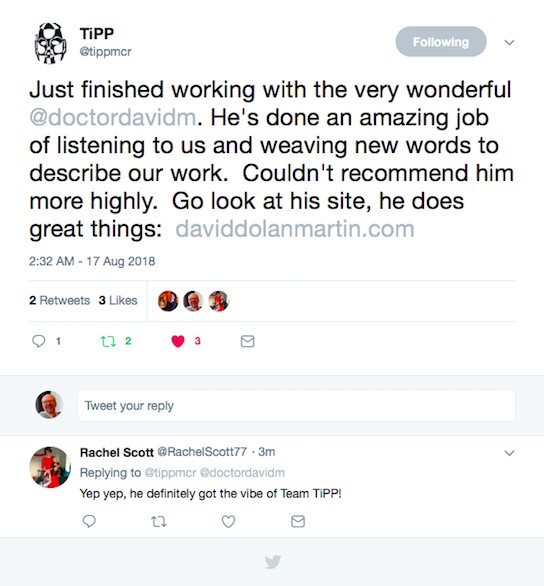